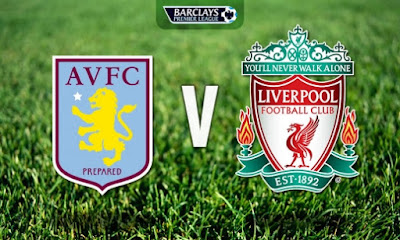 Jurgen Klopp's side were never tested during their trip to Villa Park, as they easily dismantled a woeful Aston Villa side short on confidence and quality


Daniel Sturridge marked his return to the Liverpool starting line-up with the opening goal as Jurgen Klopp’s side thrashed hapless Aston Villa 6-0 at Villa Park.
Remi Garde warned before Sunday’s game that his team would have “no chance” if they did not improve upon their performance in last week’s win over Norwich City, and the game was put beyond their reach in the first half as Sturridge – for the fifth time in four league games for Liverpool against Villa – and James Milner found the net.
Emre Can’s fine low finish made it 3-0 early in the second half before Divock Origi and Nathaniel Clyne scored one each inside a ruthless five-minute spell in which Villa’s resistance completely collapsed.
Kolo Toure’s header made it six for the visitors to inflict a worst-ever home Premier League defeat on a Villa side who remain eight points from safety, while Liverpool are now back to within three points of fifth-placed Manchester United.
Sturridge did not take long to make his mark on his first Premier League start since October. Villa allowed Philippe Coutinho time and space to curl a fine cross towards the far post from the left, and Sturridge ghosted in between Joleon Lescott and Aly Cissokho to head confidently into the bottom corner.

DOWNLOAD AND WATCH VIDEO HERE  http://www.gq234.com/video-aston-villa-0-6-liverpool-premier-league-highlights-201516/
Posted by nationalmoonlight at 10:30:00