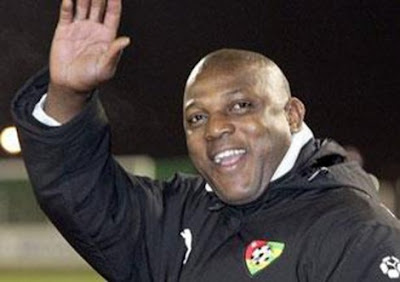 According to a statement from the family “Stephen Keshi CON has gone to be with his wife”. His wife of 35 years died Dec 2015.


He won the AFCON for Nigeria as a Player in Tubisia 1994 repeating the feat as a coach in South Africa 2013 becoming only second person to win as player and coach.

“He was not ill at all, never showed any signs of  illness, but we suspect he never got over the death of his wife,” a friend said.
He is survived by four children and his mother

Chelsea football Club of England reacted to the death of former Super Eagles coach , Stephen Keshi , in a tweet earlier this morning . Mikel and Moses who play for Chelsea Football Club were part of Stephen Keshi's team in the title winning AFCON campaign in 2013 and the World Cup in 2014 . May his soul continue to rest in peace , Amen .