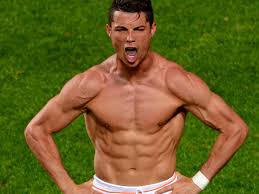 The Real Madrid winger bares almost all on the latest cover of GQ and has been handed a fictional award for the state of his sculpted body.

Cristiano Ronaldo has appeared on the latest cover of GQ, and has won the Nobel prize for physical perfection to boot!
The Real Madrid superstar – who takes great pride in his body and his ability to put every other male human to shame with his six pack – bares almost all on the new issue, along with supermodel Alessandra Ambrosio.

The 34-year-old Brazilian clings on to the superstar’s shoulders, pulling down on a chain Ronaldo is wearing.
Ronaldo, known to stand on his tip-toes during photoshoots, such is his humbleness, emphasises his muscles with two clenched fists and sports a smile well-known at the Santiago Bernabeu. 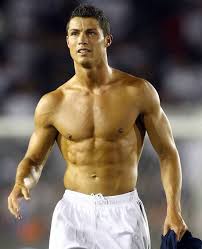