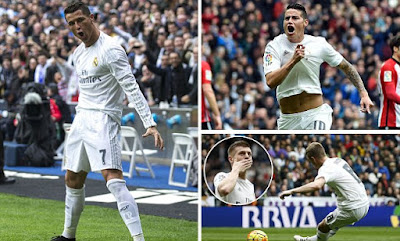 The game got off to a flying start, Ronaldo smashing home after just three minutes before Athletic hit back on 10 minutes with Eraso tapping home from close range after a Raphael Varane error.


James then lashed Zinedine Zidane’s men back in front with a fine strike from range before Toni Kroos added a third just before the break after firing home Ronaldo’s cross. 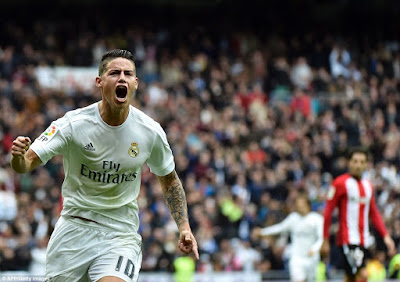 There was still time for late drama, however, Raphael Varane day go from bad to worst as he was dismissed after picking up a second booking for a challenge on Aduriz before Ronaldo grabbed his second of the game and Elustondo completed the scoring. 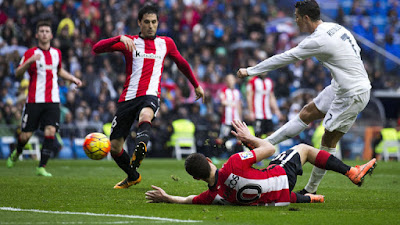 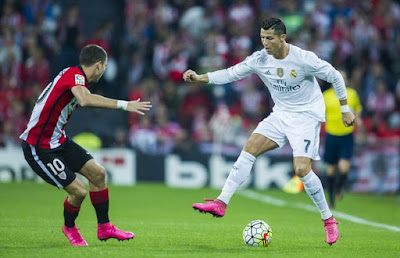