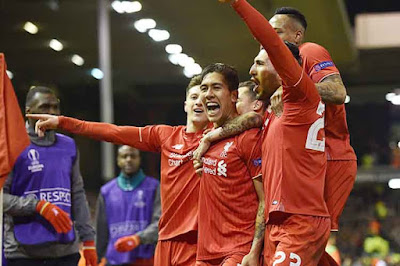 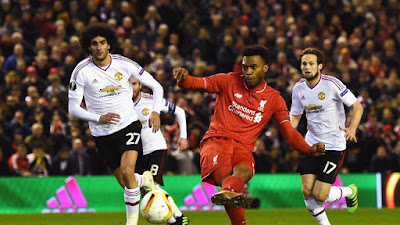 Liverpool took charge of their Europa League last-16 first leg clash with Manchester United after a 2-0 win at Anfield thanks to goals from Daniel Sturridge and Roberto Firmino.

The Reds opened the scoring after 20 minutes, Daniel Sturridge beating David de Gea from the penalty spot after Memphis Depay had tugged back Nathaniel Clyne.
Liverpool almost doubled their lead just minutes later, Philippe Coutinho guilty of a glaring miss at the back post, opting to nudge it goalwards with the outside of his boot, allowing De Gea to get back and save. 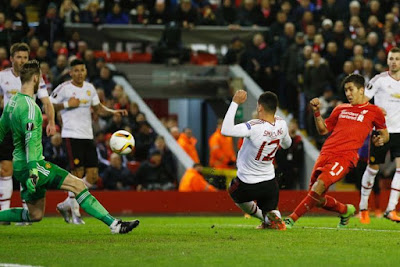 Louis van Gaal opted to make changes at the break sending on Michael Carrick for Marcus Rashford as the visitors switched to a 3-5-2 formation but Liverpool continued to have the better chances.
De Gea once again impressed for United but was finally beaten once again on 73 minutes, Carrick guilty of an awful clearance, allowing Adam Lallana to find Firmino who smashed home from close range.