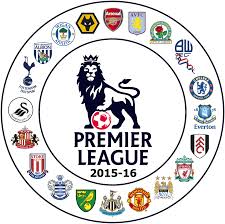 WAYNE ROONEY might just have bought Louis van Gaal some breathing space at Manchester United with only his third Premier League goal of the season. Anthony Martial opened the scoring for United, giving them the lead just after the restart with a headed finish from an Ashley Young cross.
Swansea then managed to pull one pack through Gylfi Sigurdsson, but it wasn’t to stay level pegging for long as Rooney popped up with a late winner.
The goal, Rooney’s 188th in the Premier League, sees him move above Denis Law as United’s second-highest goalscorer and eases the pressure on Van Gaal.
It all seemed to be going well for the Red Devils after Martial popped up with the opener on a day that wasn’t exactly raining goals.
The Frenchman headed home a Young cross from the left hand side, giving United a 1-0 lead on 46 minutes.
But they failed to capitalise on their early lead in the second half and were pegged back by the Swans courtesy of Sigurdsson.
The midfielder scored a header on 69 minutes from the centre of the box following a cross from Modou Barrow, who had been running riot down the wing for Swansea.
Then followed a period of concerted pressure from the Swans mainly coming through Barrow who had been brought on for Leon Britton.
However, parity wasn’t to last as Rooney popped up with a landmark goal on 76 minutes – making him the second highest Premier League goalscorer behind Alan Shearer.