Today In The Papers 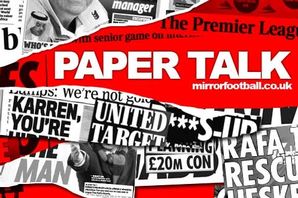 The Sun
Yaya Toure is ready to quit Manchester City this summer with Juventus, Paris Saint-Germain and Bayern Munich interested in the Ivory Coast international.

Daily Mirror
Manchester United will listen to offers for Argentina defender Marcos Rojo as they begin to think about a summer squad overhaul.

Everton are braced for a bitter transfer saga with Romelu Lukaku, who is a transfer target for PSG, Real Madrid, Bayern Munich and Manchester United.